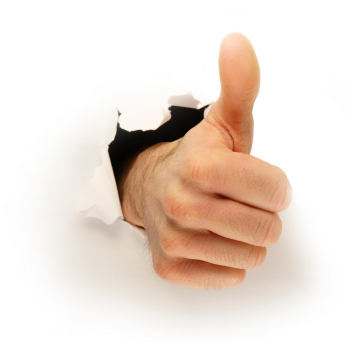 It’s time for another installment of me giving quick recommendations from assorted pop culture categories of things I’m currently into. These things may or may not be current, but are things that I’m currently enjoying (or have recently enjoyed) that I think you (the reader) might enjoy as well. Provided that you enjoy things that are awesome.

In the past, I’d write reviews of things that I wanted to recommend, but I don’t have as much time to write those reviews as I used to, so instead of deciding how good something is, or weighing pros and cons, and all those things a responsible reviewer does, I’m just gonna come right out and say “I like these things. They are worthwhile”, which is basically what anyone is looking for when reading a review anyway. And because blogging can (and should) be a two-way street, please feel free to leave a comment with any recommendations you’d think I’d be into. 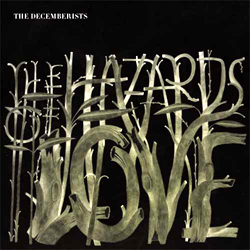 Because they just weren’t pretentious enough, The Decemberists had to go and make a rock opera, telling the story of a woman who falls in love with a shape-shifting forest dweller, who runs into a jealous forest queen and something about a rake. I’ll be honest, I still have no idea what story this album is trying to tell, but the good news is that you don’t have to follow it to enjoy it. It usually gets lost in discussions about their hyper-literate stories and the distinctive wail of Colin Meloy, but The Decemberists are capable of epic songs with arrangements that inspire the listener even if you haven’t yet gotten out your dictionary to deconstruct what they’re singing about. Take this sample track, which Wikipedia tells me is about William (the shape-shifter) telling his evil mother about his yearning for Margaret, making a deal with her allowing him to see Margaret if he promises to come back in the morning. All I know is when it hits it epic crescendo, I get chills. 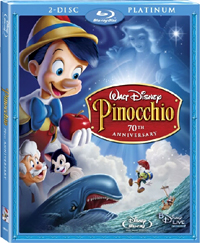 I was curious how much of a difference blu-ray could make for a 70 year old film (or 69 years, you know, if you can add). Quite a bit, it turns out. While it’s still an older film in 3:4 aspect ratio, the newly remastered print looks phenomenal on blu-ray, eliminating the murkiness that had crept into the print over the years, particularly in the corners of the frame. The wonderful painted backgrounds pop, showing the wonder that’s still possible with hand drawn animation, as long as you have talented people holding the pencils and brushes. I hadn’t seen the film in years, but found myself enjoying it a fair bit, especially elements I never paid much attention to in the past, like how comfortably shambolic much of the storytelling is. Interestingly, unlike most children’s Disneyfied fables, evil is never punished in Pinocchio. Honest John lives on to continue to swindle people, Pinocchio merely escapes Stromboli when the puppeteer isn’t looking, with nothing bad happening to him (other than losing his new star attraction), and you can only assume the Coachman will continue turning young boys into donkeys after Pinocchio and Jiminy make their escape. Instead, the lesson is that while evil and dangers exist in the world, one can only look to avoid it, rather than defeat it. And stop lying, that’s important too, since little kids are filthy, filthy liars (luckily, they’re really bad at it). 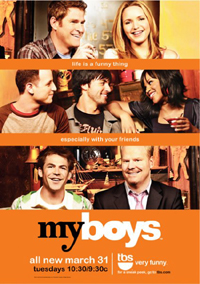 My Boys just started its third season on TBS, but you’re forgiven if you’ve never heard of it. It’s not a great show; in fact, it might not even be a very good show. Instead, it’s a simple, unassuming comedy that’s easy to love not for its excellence, but rather its simple competence, providing warm, simple laughs through nothing more complicated than providing a cast that you enjoy spending a half hour a week with. My Boys is like comfort food, or that old sweatshirt you wear around the house. You could watch any episode of this show and not give it much notice or thought, but if you keep watching, you’ll find yourself smiling and wishing you had a group of friends like these to hang out with yourself (or, conversely, finding a TV show that replicates your own casual group of friends). The highlight is Jim Gaffigan doing his detached brand of comedy, but the true success of the show is how well the ensemble meshes with one another, naturally exhibiting a friendly chemistry that’s perhaps the best on TV. So give this little, unassuming comedy a chance, and I’m confident that you’ll find yourself enjoying it before you know it. It has aired three episodes of this third season, but it’s not a continuity-heavy series. You could pick it up anywhere and quickly get up to speed, given that the show isn’t about anything more than a group of 5 friends (one girl and her “boys”) hanging out. Apparently, TBS has full episodes available on their website, but I’m guessing they’re only available to Americans, since I can’t get the player to work.

Yes, this space is designed for things I haven’t had time to review, but I figure since barely anyone read that review, I figured I’d take another crack at recommending it. It may be my current favourite movie of 2009. Just go in realizing that it’s not the outrageous comedy it was advertised as, but rather a nostalgic dramedy dipped in melancholy with plenty of laughs. 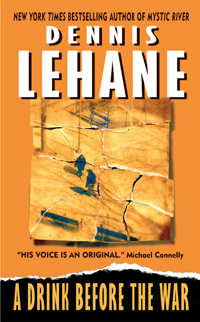 A Drink Before the War (1994)
Writer: Dennis Lehane

My wife and I just finished reading this last week, the first book in Dennis Lehane’s five-part series featuring the private investigator characters Patrick Kenzie and Angela Gennaro. The third book in the series, Gone Baby Gone, was adapted into an excellent movie in 2007. Since I loved that film, and Lehane wrote for The Wire (AKA, the greatest show in the history of ever), I decided to check this one out, even though I’ve never been into the detective/mystery genre in the past (mostly because I’d never read anything in it). Now I plan on reading at least four more novels in the genre, having enjoyed this cinematic modern noir tale immensely. Oh, and no, I didn’t plan out this orange crush of images when I set out to write this post.


ItsJustSomeRandomGuy
This YouTuber started out with a Marvel vs DC Mac/PC Parody, comparing the states of each publisher’s respective movie franchises. He’s continued to do so with each new comic movie that’s come out, and they’re all pretty amusing. But what really sets ItsJustSomeRandomGuy apart is his epic Marvel/DC: After Hours and Happy Hour series, where he gets to play with all his wonderful toys with clever in jokes and funny voices (guest starring his girlfriend ItsJustSomeRandomGal) telling a big story. If you like comics, and things that are funny, check it out.
http://www.youtube.com/user/ItsJustSomeRandomGuy