When I started doing these monthly recommendation posts, I planned on having them be supplements to my regular posts. Life has decided otherwise, and now they seem to be the main feature of this blog. So when you look at the main page of my blog, it seems like every other post is lead off with this thumbs up image. I’ll try to rectify this next month… by changing the image I use for the recommendation post. Hey, I’m a busy dude. 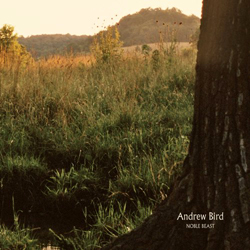 This album’s been out since late January, so if it seems like I’m late to the party on this one, that’s because I am. I’ve been listening to it for awhile now, but just recently promoted it to regular rotation status. The big reason I’m recommending it now is because we listened to the album in the recovery room after the birth of my son, and it’s relaxing vibe was the perfect soundtrack to the exhausted euphoria we were experiencing. Even the nurse checking in on us stopped to remark how nice the music was. So I’m guessing this album will always have positive associations for me, and while it won’t invoke the same memory for you, it’s worth checking out to find out what memories it can latch onto in your life.

Pixar does it again with another masterpiece. At this point, I probably don’t need to be recommending Up, since if you haven’t seen it yet, you’re probably never going to, as it’s gotten almost universal praise. Up is probably Pixar’s most emotionally-affecting effort to date, with a sublime opening 10 minutes that grounds all of the wonderment to follow. The film can go in the weird directions of a floating house, mythical birds, ageless explorers, and talking dogs because of how effectively it invests the audience with its opening, which, I’ll admit, required a herculean effort on my part not to cry (after all, I didn’t want to fog up my 3D glasses).

I watch a lot of television that isn’t for everyone. Shows like The Wire, Mad Men, and The Shield aren’t always the most relaxing, fun television to take in, and require more involvement from the viewer than some may want to give. Burn Notice, however, IS a show for everyone, as I can’t think of a single reason why people wouldn’t like it. It has some of the best action on TV, is formulaic enough that you don’t get lost if you miss the odd episode, yet has enough of a master plot that it feels like the story is developing week to week, the lead is charismatic, the sense of humour is great, there’s tonnes of interesting spy craft for people to dissect, and, oh yeah, it’s chockful of the awesomeness that is Bruce Campbell. What started off as breezy summer fun has morphed into one of the best shows on television, with an intelligence and craft that you wouldn’t have expected when the show began, without losing any of the fun along the way. The best way to describe Burn Notice is a modern version of the great 80s action shows like Magnum P.I., MacGyver, The A-Team, and The Equalizer, without any of the cheesiness that dates those programs. It’s easily the best thing on TV right now (which, okay, there’s not a lot of competition in the summer), and is one you could pick up with little confusion even if you’re late to the party.

My favourite TV critic Alan Sepinwall decided to rewatch Band of Brothers over the summer and blog about it, episode-by-episode, which was such a good idea that I decided to rewatch it as well. This is only my second time watching the series in full (I started rewatching it a couple years ago, but then got sidetracked after the second episode), and I must say, as great as this mini-series was the first time through, it’s even better on the second viewing. The first time you watch BoB, it’s a little daunting to try and keep up with who’s who in the large cast of characters, many of whom look the same. The first few episodes, you get caught up in the action, but don’t necessarily latch on to the characters, other than some of the featured characters like Damian Lewis’ Dick Winters or Ron Livingston’s Lewis Nixon (well, as long as you’re an Office Space fan. And if you’re not, you should be). The second time around, you already have affection for certain characters, and thus follow them easier at the beginning (it also helps that some of them have gone on to become more recognizable). Dramatically, Band of Brothers is as great as you’d expect, but it’s also a pretty great piece of entertainment. Amazing action, genuine camaraderie, and unique storytelling make this a real mover, even if some of it is hard to watch. If you’ve avoided it because you’d think it too dry or daunting, do yourself a favour and check it out.

The Blind Side: Evolution of a Game (2006)
Writer: Michael Lewis

I got this book for my birthday a few years ago, but didn’t get around to reading it until recently, despite being a big fan of Michael Lewis’ Moneyball. I got it with a handful of books, so I read those first, then my wife and I started our own, two-person book club, where we’d buy two used copies of the same book and read them at the same time. That way we could talk about them while we worked our way through them (or at least that’s the idea, in practice we’re rarely at the same spot in the book). Since this is a book about a high school football player written by the guy who broke open the statistical revolution in baseball, I figured this wasn’t something she’d be interested in reading. So it sat there, until she got caught up in baby books, and I saw my opportunity. After about three chapters, I realized that despite the football, my wife would enjoy this book. Plus, I really wanted to talk about it with her. So she gave it a shot (we just shared the same copy), and she ended up finishing it before I did (it helped that she skipped the chapters focusing on football strategy). Because this is more a sociological look at poverty in America and one kid’s story (Michael Oher, recent draft pick of the Baltimore Ravens) than it is about the evolution of the left tackle, I can guarantee it is enjoyable for football and non-football fans alike. It’s a wonderfully personal tale, told by one of the most gifted non-fiction writers of our day. Sadly, it’s being made into a movie starring Sandra Bullock, but these things can’t be helped.

The Cryptic Canvass at Empire Online
This addictive time waster is an original piece of art that depicts images that represent the titles of 50 different movie titles. It’s interactive, so you can click on an image, then type in your guess of what movie it’s supposed to be. If you get it right, the image goes dark, and your score is tallied. If you get it wrong, you’re free to guess again. So for instance, if the painting had a picture of a man holding a bat (it doesn’t, I don’t want to spoil any of the answers for you), your guess would be “Batman”. It’s also designed to let you sign in and out with your email address, so you don’t have to do it all in one shot (although that feature seems to work with cookies, as I wasn’t able to continue a game I started at work on a different computer). I got about 40 or so by myself, before having to resort to the internet and my wife to help figure out the rest.