The end of the decade is fast approaching, and while some publications are starting to publish their end-of-decade lists, it does feel like it sort of snuck up on us, didn’t it? It wasn’t like that when the 80s ended, but I guess after everyone blows their collective load on the end of a millennium (that, depending on who you listened to, was supposed to portend the end of times), the passing of a decade can seem passé. Maybe it’s just because we’ve never settled on what to call this decade (is it the Ohs? The Aughts?). It’s like they settled on the name for the new millennium (2K) and just gave up.

So if there’s no consensus on what to name the decade, I suppose it makes sense that there’s been no attempt to define the decade. You know, besides the fact that it’s too soon. Cause it’s never too soon to make definitive statements online that will almost immediately become wrong and outdated! In that spirit, allow me to present my top 25 albums of the decade, two months before the decade is over.

The rules for the list are simple: anything I’ve heard that was released between January 2000 and now is eligible. I had no rule against multiple albums from the same artist (as you’ll see). But, when I was deciding between albums on the bubble of the list, those challenging for spots 18-25, I went with albums from artists not already represented earlier in the list for varieties sake. So if an artist does have multiple albums on this list, you can be assured that those albums are really good. Also, I’ve decided to publish this list five at a time, which will hopefully make it easier to read and reduce the temptation to just skim. The danger is that I’ll end up taking two months to complete the whole thing, but I figure that would happen anyway. 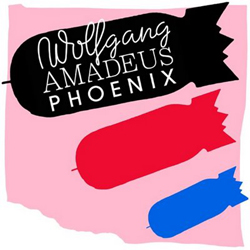 25. Phoenix – Wolfgang Amadeus Phoenix (2009)
The problem with doing this list now is that there’s still two months to go in the year, so the time I usually spend deciding the best album of the year was spent on the whole decade. I haven’t decided my favourite album to be released this year, never mind those that have yet to be released. But I didn’t want this to be a “best of the first nine years of the decade” list, so I reserved the 25th spot for a 2009 release. At this exact moment in time, I’d say the best album of the year is either this one or Neko Case’s Middle Cyclone, and since Neko will be represented later in this list (um, spoiler alert), I went with the beautiful, catchy, fourth album from Phoenix.
Sample Track: “Lisztomania” 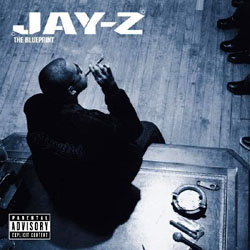 24. Jay-Z – The Blueprint (2001)
All you need to know about Jay-Z is in this album. His penchant for radio friendly anthems that somehow don’t threaten his street cred with “Izzo (H.O.V.A.)”, his Big Willyisms with “Girls, Girls, Girls”, his mature side with the heartbreaking “Song Cry”, and his ability to completely destroy rivals with “Takeover”, one of the great dis tracks of all-time. The Blueprint also helped introduce Kanye West to the world, who produced four tracks on the album. You know an album is pretty great when its weakest track is the one with a greatly anticipated duet with Eminem (who provides the only non-Jay-Z verses on the album, making The Blueprint the rare hip-hop album not filled with guest stars).
Sample Track: “Song Cry” 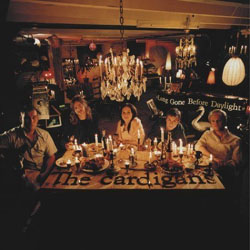 23. The Cardigans – Long Gone Before Daylight (2003)
You’re forgiven if all you know of The Cardigans is the super-sugary pop song “Love Fool” from the soundtrack to William Shakespeare’s Romeo + Juliet. I’m guessing most people long ago dismissed this Swedish band as a one hit wonder of the nineties, which has led to their excellent 2003 album being criminally overlooked. Instead of the cloyingly-sweet pop of their earlier hit (or even the moodier pop of their other albums), The Cardigans came back to release an album full of quiet heartbreak, possibly the most emotionally naked release of the decade. Kinda hard to imagine that they got here from where they started. It’d be like Lady Gaga releasing an alternative country album five years from now.
Sample Track: “And Then You Kissed Me” 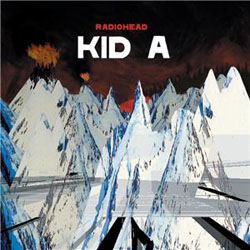 22. Radiohead – Kid A (2000)
Kid A was named Pitchfork’s album of the decade, and when you consider its scope, ambition, and artistry, it’s not hard to figure out why. Still, some would argue I have this ranked too low, and when I think about the majesty of songs like “Everything in its Right Place” and “How to Disappear Completely”, as good as anything the band has ever done, I can understand that sentiment. The problem is that too often it feels more like an intellectual exercise than an emotionally compelling experience, or an album to admire more than an album to embrace. I’m not denying its excellence, but since every best of list is a mix between critical judgement and personal favourites, I couldn’t rank it any higher than I have.
Sample Track: “Everything in its Right Place” 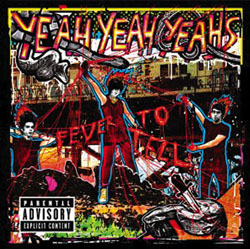 21. Yeah Yeah Yeahs – Fever to Tell (2003)
Yeah Yeah Yeahs announced their presence with authority with this album, displaying the sort of raw power and audacity you don’t normally expect from a band that falls under the amorphous category of “indie rock”. It turns out that the vitality on display in their debut album wouldn’t be matched, as Yeah Yeah Yeahs softened their sound with their subsequent two albums, but that only serves to underscore the singularity of Fever to Tell. It’s as though the band realised they’d never be able to top the blend of manic cacophony of the album’s first half with the poignant slower moments of the second half, and instead decided to move on to other sounds.
Sample Track: “Maps”