10. Okkervil River – The Stage Names (2007)
The first artist to have two albums on this list (although not the last), Okkervil River goes back-to-back with the first half of their two-album examination of celebrity. Lead singer and songwriter Will Sheff receives a lot of the attention given to the band, as it’s his clever lyrics that form the stories that make their songs so engaging. But equal credit must be given to the rest of the band – Scott Brackett, Brain Cassidy, Jonathan Meiburg, Travis Nelsen, Patrick Petorius, and Zachary Thomas, who push Sheff past the sort of traps that often bog down songwriters who are a little too in love with their words. Sheff may be one of the more loquacious lyricists out there, but he manages to do so without dragging down the songs, as though the rest of the band is saying “you can try to squeeze those extra words in if you want Will, but we’re moving on with or without you”. It’s that tension between servicing Sheff’s poetry and the desire to push the tempo that make Okkervil River’s music so interesting and this album in particular as much fun as it is challenging.
Sample Track: “Plus Ones”

9. Kathleen Edwards – Failer (2003)
Country music made huge strides this decade in becoming perhaps the dominant form of pop music in the industry today. Which is a positive if you’re a music label trying to recoup costs or a brick and mortar music store grateful for artists who still drive customers to buy physical copies of their favourite music. But if you’re an old-time country music fan who remembers when the music used to be about pain buried under layers of stoicism and bottles of whiskey instead of flag-waving jingoism and American Idol usurpers, it may make you long for the days of Hank, Patsy, and Cash. I personally have never been much of a fan of the genre, but probably would be if it sounded more like the alternative country of Kathleen Edwards, which harkens back to the old days with her stories of small-town life as bleak as they are authentic. Edwards beautifully captures the claustrophobic emptiness associated with “going down the same old town down the same street to the same bar”, while exhibiting a streak of sarcasm and black humour that makes her tales of woe more palatable. It’s too bad her music is a little too “indie” (and maybe a little too Canadian) to reach those who may be longing for country music the way it used to be.
Sample Track: “Mercury” 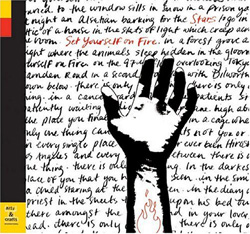 8. Stars – Set Yourself On Fire (2004)
With their third album, Stars released what might be the most lush, beautiful, and unfortunately overlooked albums of the decade. I’m not sure I’ve seen it pop up in any end of the decade list, much less rated this high (and, okay, my valuation of it is undoubtedly influenced by the fact that I’ve heard the material performed live four times now). Which is unfortunate, because its combination of soaring compositions, drama, romance, and sex create an album that’s damn near perfect. No matter how many times I’ve heard the album (and it’s a definite contender for “most listened to album of the decade” status for me), I’ll never tire of the interplay between singers Amy Millan and Torquil Campbell, with Torquil’s charismatic showmanship balanced with Millan’s delicate delivery to form songs of palpable nostalgia, longing, and undeniable sexual chemistry. But beneath the soft exterior of dream pop is the tension implied by the title, giving the album an immediacy that elevates it beyond being a great record to make out to (although it’s definitely that as well), illustrated in its screaming crescendo “He Lied About Death”; proving that while Stars dwell in the areas of love, regret, passion, and memory, they’re not afraid to confront the bigger issues as well.
Sample Track: “Your Ex-Lover is Dead” 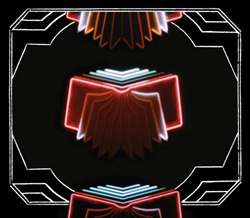 7. Arcade Fire – Neon Bible (2004)
How do you follow up a debut that’s almost immediately held up as an all-time classic and standard-bearer for the entire indie rock scene? When one chunk of your audience is breathlessly waiting for you to duplicate your first album, another chunk is poised to dismiss you as sell outs because you’re no longer underground enough, and a smaller chunk is just tuning in to see what all the fuss is about? If you’re the Arcade Fire, you go even bigger and more ambitious, turning out an album ready for the arenas you suddenly, improbably find yourself booking. Forget the small-minded fans that will reflexively dismiss you for no longer being their little secret, pay no attention to those wondering what all the fuss is about that will reject you as pretentious, and don’t even worry about those looking for a sequel. That’s how you live up to impossible expectations and surpass them. I’m not saying that Neon Bible is better than their debut (which you may read more about soon), but its moody examination of politics, religion, and hypocrisy is at least as good, delivering a different Arcade Fire experience that proves the Montreal-by-way-of-Texas band has more than one trick up their collective sleeves.
Sample Track: “My Body is a Cage”

6. The National – Alligator (2005)
The ultimate grower. I’ve read many a comment from those that simply don’t get what all the fuss is all about when it comes to The National. Sure, this happens with a lot of bands, with the common refrain “just give it time” coming off as desperate. But I promise you, the time you take to let Alligator wash over you will be worth it, because it was for me. I all but ignored this album after a few listens when it first came out. There’s a subtlety easily mistaken for dullness to The National’s music, embodied by the drowsy baritone of lead singer Matt Beringer. Then I listened to the album in a better setting, with better speakers than those that came with my computer, and better fidelity than whatever bit rate I’d originally downloaded the album at, and everything clicked. The hidden fire beneath Beringer’s voice, the deceptively intricate arrangements of the band that originally came off as bar band standard, the perfect representation of the fitful ennui of the modern man. As you peel back the layers of this album, you can practically taste the whiskey dripping off Beringer’s vocals, and smell the smoke emanating from the bars that serve he and his friends. There were more grandiose and ambitious records released this decade, but few were able to make the seemingly ordinary sound so extraordinary.
Sample Track: “All the Wine”