I’ve decided to split out my family films from my blu-ray collection listing, both to shorten the posts up and to reflect the division I’ve made in the organization of the actual discs themselves. As the father of a little boy, this is easily the fastest growing segment of my blu-ray collection, because sometimes, you just want the little buggers to sit still for an hour or so (don’t worry, I also read to him and stuff).

Fidelity-wise, these are among the best blu-rays in my collection. Disney, who produced the majority of the films I own, are either the best blu-ray distribution house out there, or they’re a close second to Criterion. Of course, the Pixar transfers are amazing, with the full digital process used to make them. But equally impressive are the remastered versions of 60 year old classics, which are completely revitalized by the format. Films that had previously degraded to dull and murky on previous formats really pop on blu-ray. If you’re looking for reference material for you system, or a great argument for the format in general, look no further than the titles on this page (except for The Fox and the Hound, which is an insult to the format).

As an added bonus, most of these collections are BRD/DVD combo packs, which is excellent if you want to also keep your kid quiet in a room with a TV without blu-ray capabilities (I take him out to play all the time, I swear!).
END_OF_DOCUMENT_TOKEN_TO_BE_REPLACED 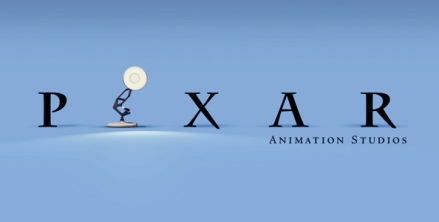 Welcome to a new feature I’m hoping to develop in this blog, where I rank everything in particular artist/group’s catalogue from best to worst (or least best in some cases). This is different than a top 5/10/however long list, as those are based on exclusion. Half the fun of reading a top list is to see what doesn’t make it, which tends to take the focus away from the positioning of what does make it. For these posts, everything makes the list, so the discussion is then focused on where. This is an extension of what list obsessives tend to do whenever something new is released by the people we like: mentally place how it compares to everything else they’ve released.

And what better way to kick off this feature than a focus on the absolute best studio making movies today: Pixar Animation. They’ve had an unmatched run of success since the release of Toy Story in 1995, with their name becoming synonymous with quality. The release of a Pixar film is anticipated as much by movie geeks as it is by families looking for the latest distraction for their rugrats, with the releases instantly getting stamped as one of the best releases of the year. So deciding how their feature length films match up will be no mean feat. It’s probably no surprise when I say that I’m an unabashed Pixar fan (especially if you’ve read any of my reviews of their previous films), so be prepared for an onslaught of superlatives.
END_OF_DOCUMENT_TOKEN_TO_BE_REPLACED

When I started doing these monthly recommendation posts, I planned on having them be supplements to my regular posts. Life has decided otherwise, and now they seem to be the main feature of this blog. So when you look at the main page of my blog, it seems like every other post is lead off with this thumbs up image. I’ll try to rectify this next month… by changing the image I use for the recommendation post. Hey, I’m a busy dude.
END_OF_DOCUMENT_TOKEN_TO_BE_REPLACED

As I did with my albums of the year list, I have to begin this list lamenting the fact that the 2008 year in film was not as good as the 2007 year in film. It was a down year for art in general, as pretty much any critic you read will tell you. Part of the reason for the negativity is the fact that the usual year end glut of awards baiting prestige films were largely disappointing, often ranging from merely solid to outright bad. And since that’s the steady diet critics (and myself) are fed around the time they write year end lists (albeit theirs come out at the actual end of the year, whereas mine waits until February, but I have to pay to see my movies), so it’s not surprising that the same enthusiasm wasn’t there, especially when the year before featured instant classics like No Country for Old Men, Zodiac, and There Will Be Blood.

Instead, the greatness in 2008 came not from the types of movies Hollywood likes to get dressed up for to dole out awards, but from the films fans line up for to buy overpriced concessions to see on opening day, or movies released early in the year when people weren’t paying attention. So this list is still filled with movies I enjoyed quite a bit, and recommend to everyone. As of this writing, I’ve seen 63 films released in North America in 2008, which includes some foreign language films that were released in their native countries in previous years, but doesn’t include some TIFF films I saw that haven’t yet been released (some of which would definitely contend for this list and will probably pop up next year… unless it is phenomenal). Of those 63, these were the best…
END_OF_DOCUMENT_TOKEN_TO_BE_REPLACED